How to Add Decimal Places in Excel (Automatically)

In an attempt to make Excel a smart and more user-friendly tool, there are some in-built features that end up being a little bit of an irritation.

Working with decimals, you will likely face such an issue.

If you type 10.00 in a cell in Excel, it would automatically convert this to 10 by removing the zeros after the decimal. While this is a smart thing to do, sometimes, you may want all your numbers to show a specific number of digits after the decimal, even if these are zeros.

In this tutorial, I will show you how to automatically add decimals to the numbers in Excel.

In some cases, you may want to have consistent numbers, where there are always two or three numbers after the decimal point (as shown below). 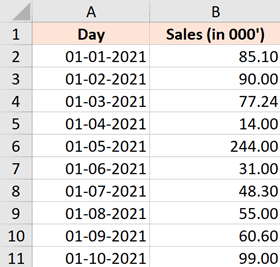 While Excel does not allow this by default (as it doesn’t allow only zeros after the decimal number), you can easily change this by modifying the custom number formatting of the cells.

Below are the steps to make sure that your numbers always show at least 2 numbers after the decimal point.

The above steps would make sure that all the numbers now show two numbers after the decimal point.

Even if you have a whole number, a decimal point and two zeros after the decimal point would automatically be added to these numbers.

Note: While the format cells dialog box gives you more control over how we want your numbers to be displayed, if all you want to do is show two numbers after the decimal point, you can also do that by selecting the number formatting option in the format options drop-down in the Number group in the Home tab 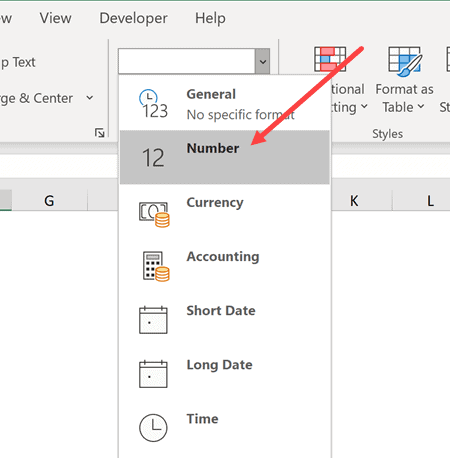 Another thing that you can do with Excel is automatically inserting a decimal point in the numbers of white you are typing these numbers.

Below are the settings that you need to change to enable this:

After this setting is enabled, whenever you enter a number in a cell in Excel, it would automatically insert a decimal point before 2 numbers.

While I don’t recommend this setting to be enabled in general, it’s a good option when you’re manually entering the data and want to save some time.

Once you are done with the data entry, you can go back to the same Excel options dialog box and disable this setting.

So these are two methods that you can use to add decimal places to numbers in Excel. The first method using custom number formatting is what you would need in most cases.

But in case you are doing manual data entry and want to save some time by not entering the decimal point (and still getting a consistent result with decimals), you can use the second method.