How to Remove Comma in Excel (from Text and Numbers)

A comma is commonly used when working with both text and numbers in Excel.

And with numbers, it often used to make the numbers more readable (a thousand separators is the most common use of comma with numbers).

While comma does help make the data a lot more readable, sometimes, you may want to remove all the commas from the data (or remove specific instances of the comma).

In this tutorial, I will show you some simple ways to remove comma in Excel from text and numbers.

When working with numbers in Excel, you can apply various formats to the cells and the numbers would be displayed accordingly.

Suppose you have a dataset as shown below and you want to get rid of the commas from the numbers in column B. 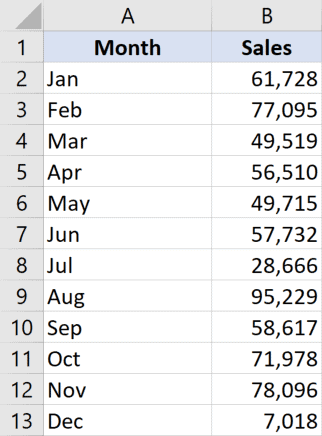 The above steps would remove the comma from all the selected numbers. 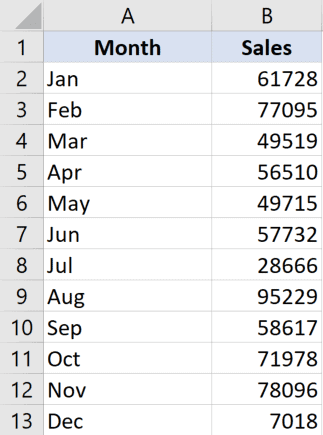 Tip: You can also use the keyboard shortcut Control + 1 to open the format cells dialog box (after selecting the cells). Hold the Control key and then press the 1 key.

In case you have a situation where numbers are not actually numbers (but text) and you want to remove the comma from these numbers, you can use the NumberValue function.

This function does exactly this – converts text to a number.

Suppose you have a dataset as shown below where someone has manually entered the comma (or it came as a part of a data download). 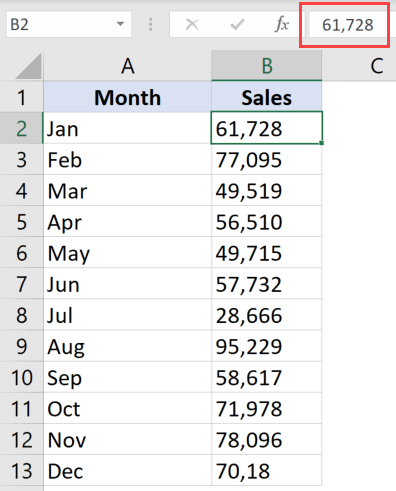 You can see that these are not numbers as they align to the left in the cell (by default). Also, when you select a cell and see in the formula bar, you can see the commas as a part of the number (indicating that this is not numeric but text).

Below is the formula that will convert these text into numbers.

Copy this formula for all the cells in the column and you will have the numbers. 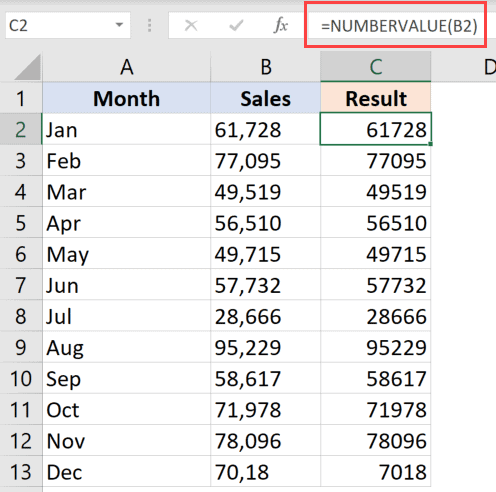 There is a possibility that you may still see the comma in the result of the formula, but that would then be because of number formatting. You can use the previous method to remove these commas from the numbers.

With text strings, the comma is actually a part of the string and you need to find and then remove these commas somehow.

Let me show you a couple of methods to do this when you have the text data.

With Find and Replace functionality, you can easily find all the commas in a cell and replace it will something else (blank or some other character).

Suppose you have the names data as shown below where there is a comma between the first and the last name. 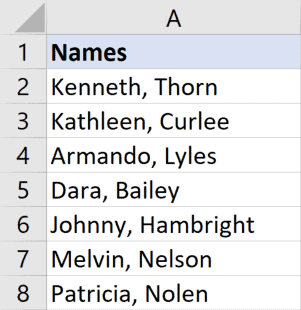 Below are the steps to remove the comma from this names  dataset:

The above steps would remove all the commas from all the selected cells. 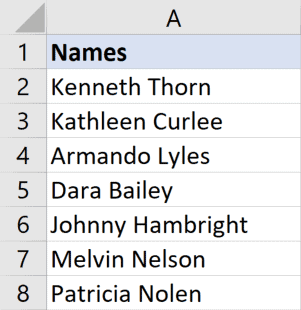 Note that the above steps would remove all the instances of commas from all the cells. So, if you have more that one comma in a cell, all the commas would be removed.

Also, this would change the original dataset. In case you want to keep the original data intact, first, create a backup copy or copy the data to another sheet/range and then use the above steps.

Pro Tip:  You can also use the keyboard shortcut – Control + H to open the find and replace dialog box.

Another way to remove the comma is by using the SUBSTITUTE function, where you can substitute the comma with a blank or any other character.

Unlike the Find and Replace method where it removes all the commas in one go, with the SUBSTITUTE function, you get a bit more control (as we will see in the examples later in this section).

Suppose you have a dataset as shown below where you want to remove all the commas. 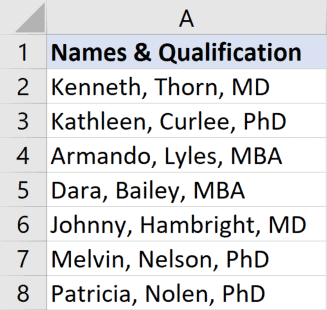 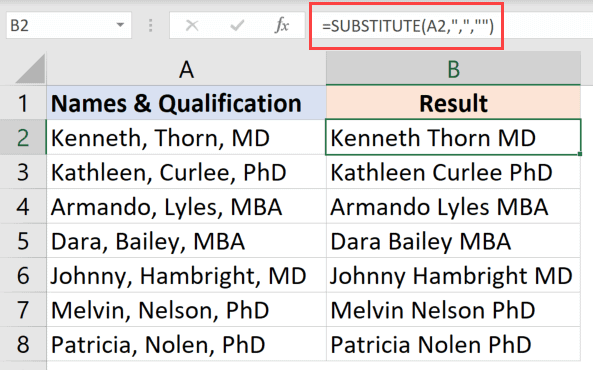 The above formula takes three arguments:

But what if you want to remove only the first comma and not the second one.

Suppose you have a dataset as shown below and you want to remove only the first comma and not the second one. 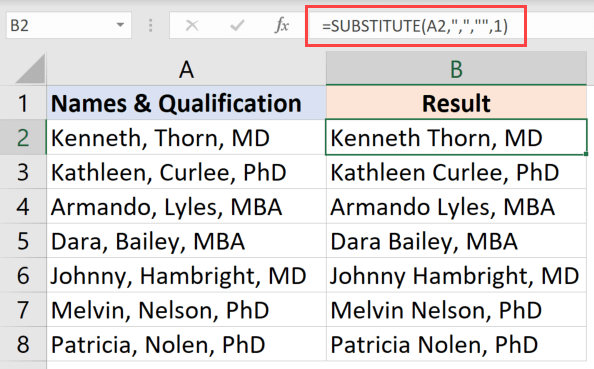 The above formula also uses the fourth argument (which is optional) – [instance_num].

Specifying the instance number as 1 tells the formula that it should only substitute the first instance of the comma and leave all the other instances as is.

But what if you don’t want to remove the first comma, but instead substitute the second comma with a dash instead.

You can do that using the below formula: 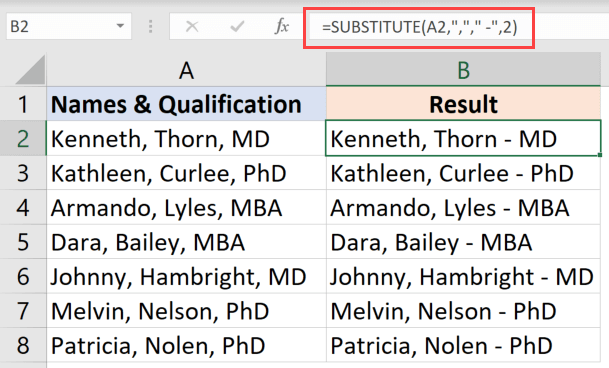 The above formula only does the substitution to the second instance of the comma and replaces it will a dash.

So these are some simple ways to remove the comma from numbers and text strings in Excel.