Convert Text to Numbers in Excel – A Step By Step Tutorial

It’s common to find numbers stored as text in Excel. This leads to incorrect calculations when you use these cells in Excel functions such as SUM and AVERAGE (as these functions ignore cells that have text values in it). In such cases, you need to convert cells that contain numbers as text back to numbers.

Now before we move forward, let’s first look at a few reasons why you may end up with a workbook that has numbers stored as text.

Now, let’s see how to tackle such cases.

Convert Text to Numbers in Excel

In this tutorial, you’ll learn how to convert text to numbers in Excel.

The method you need to use depends on how the number has been converted into text. Here are the ones that are covered in this tutorial.

When an apostrophe is added to a number, it changes the number format to text format. In such cases, you’ll notice that there is a green triangle at the top left part of the cell. 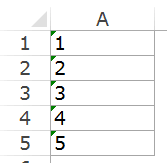 In this case, you can easily convert numbers to text by following these steps:

When the numbers are formatted as text, you can easily convert it back to numbers by changing the format of the cells.

This would instantly change the format of the selected cells to General and the numbers would get aligned to the right. If you want, you can select any of the other formats (such as Number, Currency, Accounting) which will also lead to the value in cells being considered as numbers.

This method is suitable in cases where you have the data in a single column.

While you may still find the resulting cells to be in the text format, and the numbers still aligned to the left, now it would work in functions such as SUM and AVERAGE.

You can use a combination of VALUE, TRIM and CLEAN function to convert text to numbers.

Suppose you want convert cell A1 from text to numbers, here is the formula:

If you want to apply this to other cells as well, you can copy and use the formula.

Finally, you can convert the formula to value using paste special.