How to Use Excel RANK Function (Examples + Video) 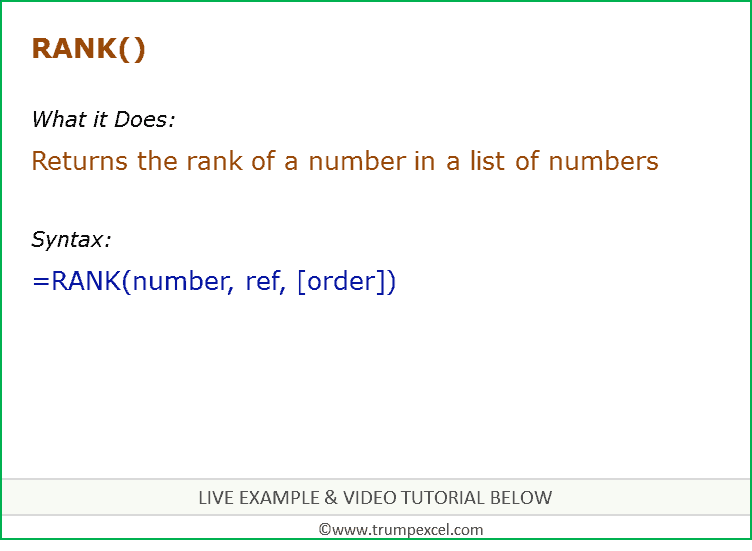 When to use Excel RANK Function

RANK function can be used when you want to rank a number against a list of numbers.

It returns a number that represents the relative rank of the number against the list of numbers.