Watch Video – How to Count Colored Cells in Excel

Wouldn’t it be great if there was a function that could count colored cells in Excel?

Sadly, there isn’t any inbuilt function to do this.

It can easily be done.

How to Count Colored Cells in Excel

In this tutorial, I will show you three ways to count colored cells in Excel (with and without VBA):

To count colored cells in Excel, you need to use the following two steps: 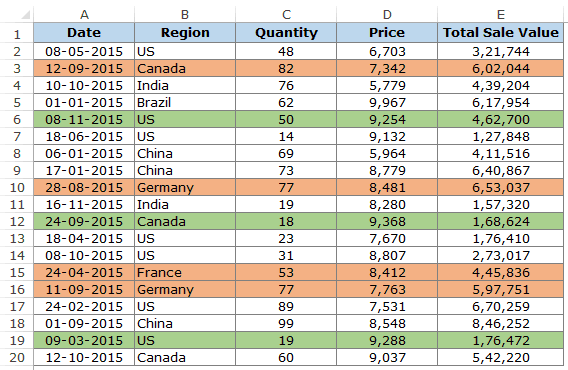 There are two background colors used in this data set (green and orange).

Here are the steps count colored cells in Excel:

As soon as you filter the cells, you will notice that the value in the SUBTOTAL function changes and returns only the number of cells that are visible after filtering.

The SUBTOTAL function uses 102 as the first argument, which is used to count visible cells (hidden rows are not counted) in the specified range.

If the data if not filtered it returns 19, but if it is filtered, then it only returns the count of the visible cells.

GET.CELL is a Macro4 function that has been kept due to compatibility reasons.

It does not work if used as regular functions in the worksheet.

However, it works in Excel named ranges.

Here are the three steps to use GET.CELL to count colored cells in Excel:

Let’s deep dive and see what to do in each of the three mentioned steps.

Getting the Color Code for Each Cell

In the cell adjacent to the data, use the formula =GetColor

This number is specific to a color, so all the cells with the same background color get the same number. 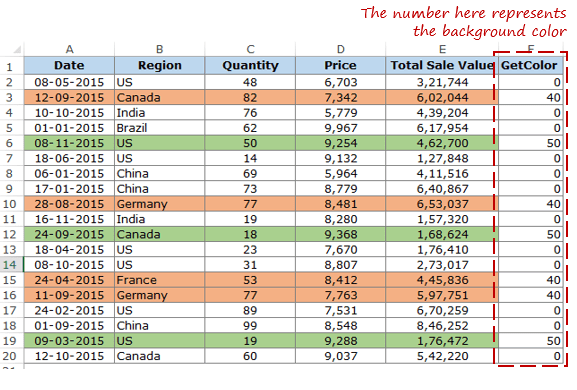 If you follow the above process, you would have a column with numbers corresponding to the background color in it.

To get the count of a specific color:

This formula will give you the count of all the cells with the specified background color. 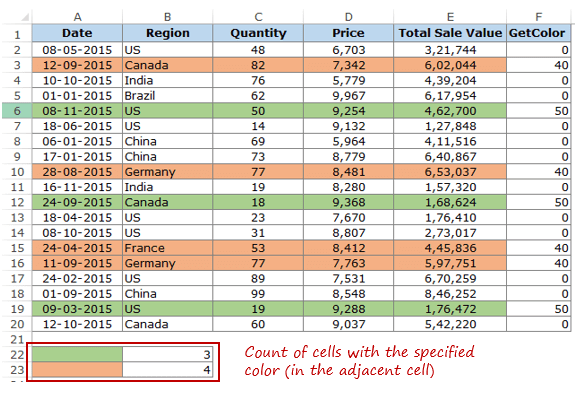 How Does It Work?

The COUNTIF function uses the range ($F$2:$F$18) which holds the color code numbers of all the cells and returns the count based on the criteria number.

In the above two methods, you learned how to count colored cells without using VBA.

But, if you are fine with using VBA, this is the easiest of the three methods.

Using VBA, we would create a custom function, that would work like a COUNTIF function and return the count of cells with the specific background color.

Here is the code:

To create this custom function:

To use this function, simply use it as any regular excel function.

To use this formula, use the same background color (that you want to count) in a cell and use the formula. CountColor argument would be the same cell where you are entering the formula (as shown below): 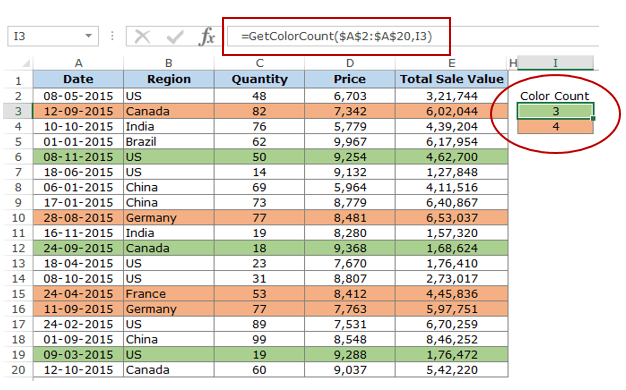 Note: Since there is a code in the workbook, save it with a .xls or .xlsm extension.

Do you know any other way to count colored cells in Excel?