I was never into sports. I tried my hands at a number of sports, but I was always below average in most of it (you got to give me some credit for trying at least).

In 2010, my roommate got me addicted to watching football. We would keenly follow all the matches in English Premier League and La Liga.

I even played fantasy football with a couple of football junkies. I still follow these matches and I still suck at playing it. 🙂

But I am better at making dashboards, and in this tutorial, I will show you how to create an Excel Dashboard that analyses English Premier League games of the 2014-2015 season. 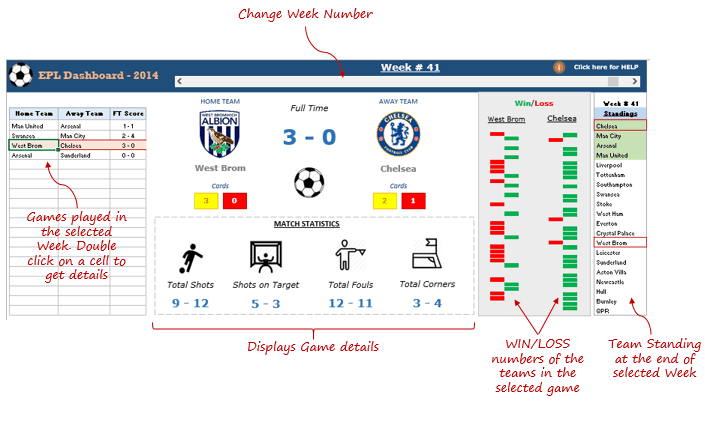 How to use this Excel Dashboard:

Where did the data come from?

What all goes into making this dashboard?

Are you a football fan too? Do you like it? Let me know your thoughts by leaving a comment.

If you want to learn to create world-class Excel Dashboard, consider joining our Dashboard Course. Click here to know more about the course.